Posted on March 1, 2020 by Joe Pray under Cremation, Resources, Unique funerals
Comments Off on Viking Ship Casket? Be buried like a Viking.

Buried in a Viking Ship?

The Oseberg ship was the burial vessel for a Viking Queen.

A quiet fog swirls around the head piece on the bow of a Viking longship. Nestled between the gunwales lies a person dressed in full Viking dress.  Friends and family dressed in their Viking regalia pass by paying their respects and placing artifacts in the casket with their friend. A scene from 800 a.d.? No this can be a scene from 2020. The ship, a scale model of a Viking longship is a casket designed to fit modern burial or cremation requirements.  A Viking Ship Casket? It is a new age nod to the lore of Vikings.

In days of old notable Vikings were buried or cremated in their longships. Prominent Viking’s ships were often hauled ashore to be used as a central part of the the person’s funeral rituals. The deceased Viking was often placed in a burial chamber built upon the deck of their ship. The rest of the ship was often filled with a variety of goods that the surviving family and friends thought would be helpful to the deceased on their journey to Valhalla, the majestic, enormous hall located in Asgard, ruled over by the god Odin. Wagons, smaller boats, weapons, food and even slaughtered horses and sacrificed slaves, have been found on the ships that have been unearthed.

There have been several archaeological finds throughout the Scandinavian countries in Europe’s far north. The most famous of these ships are housed in the Viking Ship Museum in Oslo Norway.  The Oseberg and Gokstad and Tune ships were unearthed in Norway. They were used for burial of warriors and rulers.  these ships were all used as burial vessels. Other ships were hauled ashore, loaded with the goods and possessions of the deceased and set ablaze to burn the deceased. The column of smoke was often thought to carry the spirit of the deceased Viking aloft to Valhalla. In most cases whether buried or burned, the ship or it’s remains were buried under large mounds of earth.

A Viking Ship Casket? Why yes! 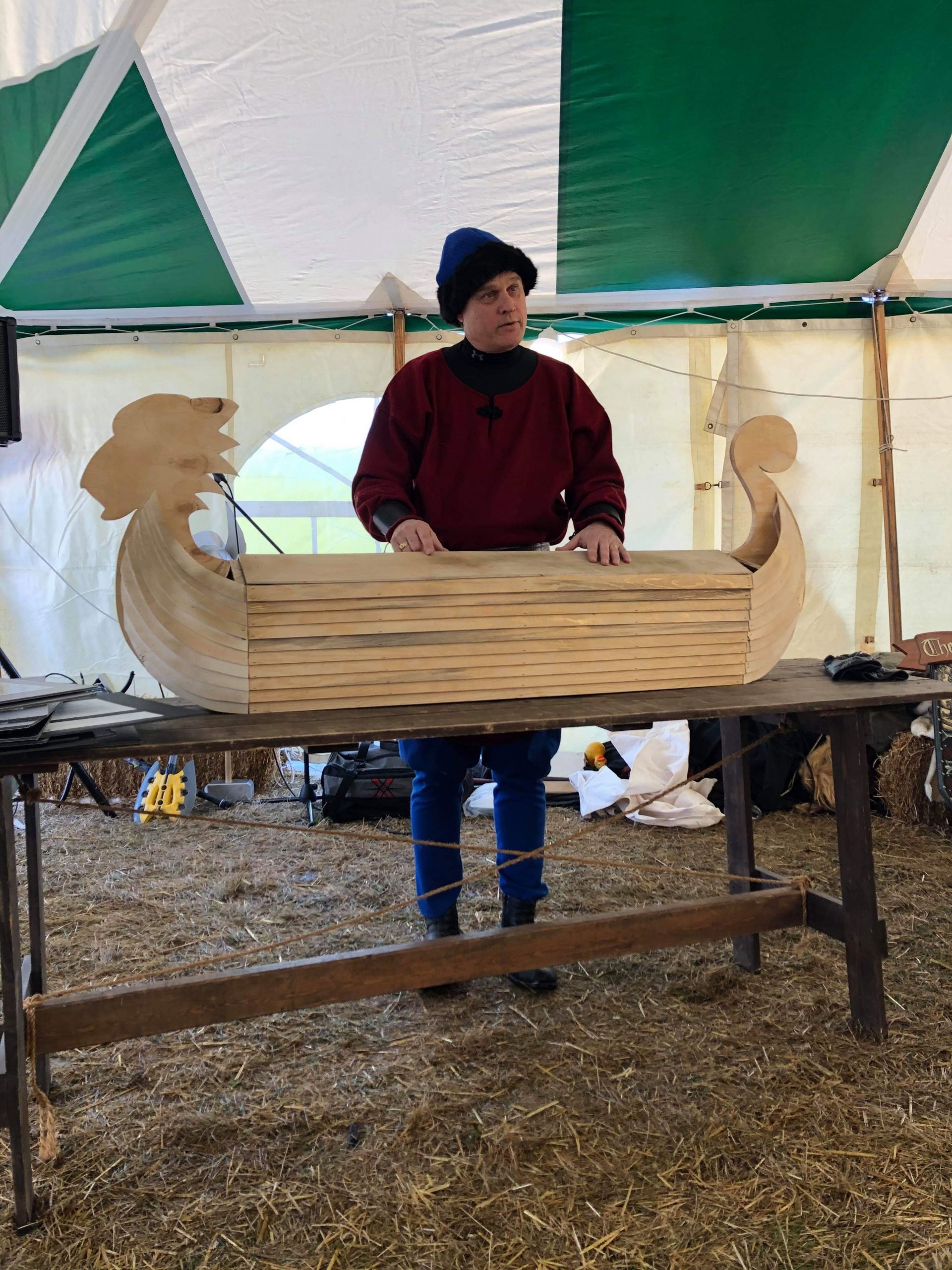 In response to the many times we have heard someone say, “just give me a Viking funeral, put me in a ship and set me ablaze,” Pray Funeral Home has designed the Viking Ship Casket, a casket built in the shape of a Viking long ship, with detachable head and tail pieces so the casket fits inside a standard vault or a standard  cremation retort.

Where do I find a Viking Casket?