What to do with Cremated Remains!? Part 2

Posted on February 6, 2020 by Joe Pray under Cremation
Comments Off on What to do with Cremated Remains!? Part 2

Think about that as you read on…

In many states, scattering cremated remains of a loved one is forbidden in public waterways, streams, rivers, or lakes.  In spite of that, many families have the idea that it is a romantic idea to scatter them in a lakes or beaches such as the beaches of Michigan’s Great Lakes.  They don’t think about the possible need for future generations to have a defined place to visit in the future on the anniversary of a death or on special days. I encourage you to read the article from American Cemetery and Cremation magazine about one person’s experienced when a family member chose that option.

Scatter them on my favorite place!

Another popular request is to scatter them on Pop’s favorite hunting spot in the woods.  However does the family own the property? If so, will the family always own the property? Is that spot a place that family members can easily identify if they feel the need to visit or be near Pop in the future?  Is it a pretty, restful spot, that will be preserved as a memorial?  When future great-grandchildren ask “where is Great-Grandpa” and the answer is “out there in the woods” what will they think?  Are they going to have nightmares about Great-Grandpa’s ghost wandering the forest?   Worse yet, will they fear that someday they may be abandoned in the woods as they may imagine Great-Grandpa was?

Bury them in the yard? 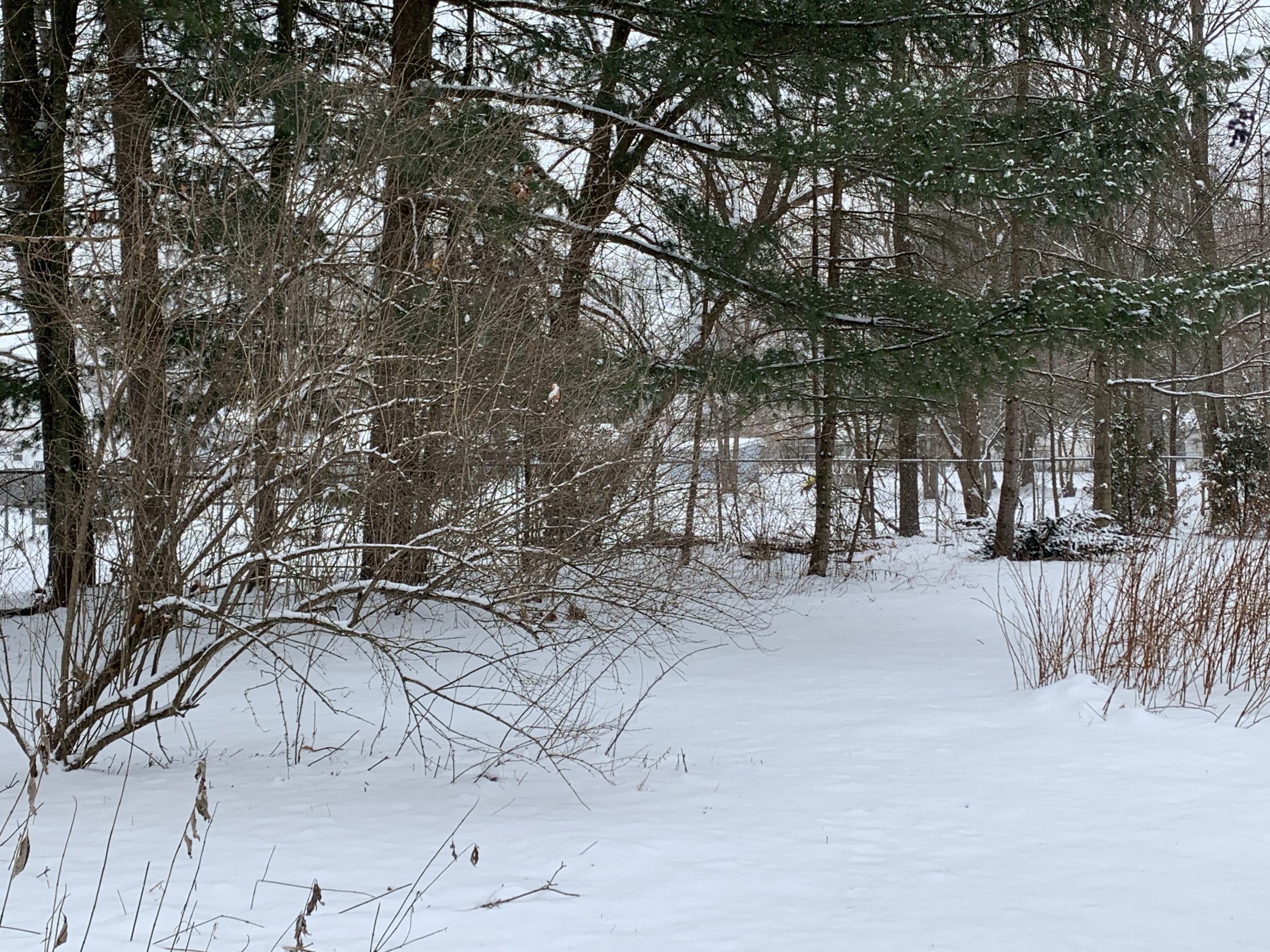 Is the backyard an appropriate place for permanent placement of cremated remains?

One family buried the cremated remains in the yard of the beloved farm and then sold the property shortly after.  Did they tell the new owner about that?  Would the new owner mind?  I would.  If I knew someone’s ashes were buried in the yard I most likely wouldn’t buy the property because I wouldn’t want the responsibility of caring for the spot FOREVER.

How about under the big maple tree?

Another family  scattered Grandma’s ashes under a big maple tree on the the farm where Grandma and Grandpa had spent many summer evenings sitting on the swing attached to one of it’s massive branches.  Years later when Grandpa died I asked what their plan was with his ashes.  They replied that they were going to scatter his ashes with Grandma’s under the big maple tree.

I remembered that earlier in the arrangements conference they had mentioned that the farm had been sold some time ago.  When I brought up that fact, they said, “that’s okay we are going to scatter them there anyway even though we don’t own the property because that’s what Grandpa and Grandma wanted.” The fact that total strangers lived there now didn’t seem to matter to them.  I suggested that they at least ask the current owners.  The family smiled and said “thank you for your advice.”

That yard may not be pretty forever.

When the family returned to pick up the cremated remains after the services and cremation had been completed I again asked about their plans, and if they had contacted the current owners of the farm.  Their disheartened look on their face revealed problems.  ” No” they said,” We drove by the farm yesterday and the yard is full of junk cars and trucks.  The branch on the big maple tree where the swing used to be has a chain hanging from it, probably to lift engines out of trucks and cars, and the grass underneath now appears to be oil soaked mud.”  They had decided to take Grandpa’s urn home with them.  I didn’t ask them about their thoughts of Grandma’s cremated remains presumably still under the big maple tree.

How about the on the farm?

Another family scattered Dad’s ashes in the barnyard because that is where he spent all his time.  It seemed an appropriate idea to the family at the time.  However, some time later the farm was sold and subdivided and now the barnyard is a strangers  yard with a new house in the middle of it.  So are Dad’s ashes still there as fill around the new house’s basement, or as part of the septic drain field?

Will you have control FOREVER?

The point is, in the majority of cases a family does not have control over  a homestead or property FOREVER  Future use of the property may not be a proper place to memorialize a loved ones cremated remains.  How many neighborhoods, tree lots, and farms have become highways, roads, or subdivisions over the years?

How about under the sea? 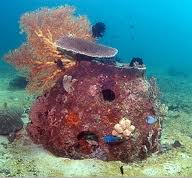 A reef ball may be an appropriate option for cremated remains, but how accessible is it?

One option that has gained marginal popularity is having a person’s cremated remains cast into a reef ball.  A reef ball is a concrete dome cast with holes in the sides and sunk in designated areas in the ocean in the coastal waters of the United States.   This enables a person’s cremated remains to encourage growth of natural reef habitat for marine life.  The placement is marked by GPS coordinates that are shared with the surviving family members.  This option provides permanent marked placement of cremated remains, however it is rather inaccessible unless you are a scuba diver.

There is only one permanent place for cremated remains

What it comes down to is that the only accessible permanent place for deceased family members is a cemetery whether they are buried in the traditional manner, or their cremated remains are buried on a family lot or placed in a scattering garden or columbarium in a cemetery.  The cemetery is a place that is maintained FOREVER.    The monuments and markers that hold the names of our beloved deceased family members are etched in granite FOREVER.  Future generations never have to wonder where the ancestors are, they can visit.  And yes most families have members that visit on a regular basis.  The sanctity and reverence of a person’s final resting spot are protected FOREVER in a cemetery.

Did they really not care what you do?

Some individuals say they don’t care what is done with their body or cremated remains.  However is that really what they feel?  Most people want to be treated with care and respect while they are alive.  I suspect they also want to be treated and cared for in a respectful manner after they have died.  They certainly want the other family members treated respectfully.  The staff at Pray Funeral Home are required to treat each deceased person with care and respect no matter if we are caring for a human body, or the cremated remains of that human body.

There is a solution

If a person insists they be scattered on the beach, in the woods, or the ocean, we have a solution. Scatter a portion of the cremated remains.  Place the balance on a family lot in the cemetery.  Cremated remains can often be buried on the same lot as another family member.  Most cemeteries allow at least two burials on one lot when a person is cremated.  A second permanent marker can often be placed on the same lot, or in some cases the original marker can be replaced with both names on it.

When faced with the decision of what to do with cremated remains keep in mind the future considerations and uses of the property.  Place a portion somewhere if you feel that is appropriate.  Place the balance of the cremated remains on a family lot in a cemetery, the only solution guaranteed to be maintained FOREVER.