A Day In The Life: Tuesday

Posted on July 28, 2017 by Joe Pray under A Day In The Life of a Funeral Director
Leave a comment 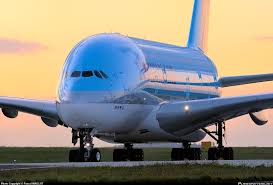 Tuesday would be more normal…

Or so I thought as I stepped from the shower before the sun peaked over the horizon.

Then the telephone rang.

The voice on the phone informed me that they were calling from an anatomical donation company located outside of our state. As the person explained they needed our help transporting a deceased person from a health care facility in our community to their facility six states away, my mind began sorting through a whole bunch of new challenges we hadn’t faced before. My first questions concerned who was the company, and what were their policies on treatment of the deceased. Then I turned my attention to the procedures involved in transporting a deceased human body using some form of refrigeration. My main concerns were for the family and their needs in facing the death of this person.

My first call was to the facility to let them know I would be taking care of the deceased, however I had a few pieces of information I needed to secure first so I knew how to proceed in the best manner. They informed me that the family members lived out of state, another hurdle. That meant that any legal releases or permissions that may be required would need to be explained over the phone and secured by fax. Not impossible, but not the best format to use when dealing with the emotions of a loss.

Next I turned to the computer to educate myself on the company. Anything I haven’t heard of before raises questions and a bit of suspicion, especially in the early morning hours before breakfast.

Education from other experts

As I walked across the street after devouring a blueberry bagel and orange juice I started singling out other experts in funeral service to call for further information and guidance on this new challenge.

The next buttons I pushed called the Michigan Funeral Directors Association offices.  That call was followed by calls to their list of recommended firms who have dealt with similar requests in their areas.

Jeepers, it wasn’t even 8:30 and my ears were numb from the telephone.

As I talked to colleagues from various parts of the country I found very few of them had direct experience with this situation, however they all had rather good advice on precautions to take in the care of the deceased.

The first unusual point to consider was how to transport a deceased human being across the country in a dignified manner without the deceased’s body being embalmed.  Embalming is a process that was developed at the time of the Civil War to preserve the body of soldiers who died far from home. It has evolved over the years to protect public health by disinfecting the deceased human bodies, so that disease is not spread. Not every human being dies from some contagious disease, however, all humans carry bacteria in their body. The bacteria are held in check by that person’s immune system or natural bodily functions. After death, these defenses are no longer active and the bacteria can multiply and spread in various ways. While the bacteria in one person may not have created an illness for that host person, it may be devastating to another who may come in contact with the unembalmed deceased body. That is the first benefit of embalming.

The second benefit of embalming is preservation. Decomposition is stopped or in some cases deterred so that a person’s body can be held for a period of time so that family members can take their time to say goodbye and take leave of the deceased loved one.

My concern in this case was making the arrangements for the transfer before decomposition became a problem. Time was of the essence, and the clock was ticking rapidly.

My first step was finding a facility that could house the deceased in a refrigerated environment. The facility where the person died did not have refrigeration available for  deceased patients.  Not many funeral homes have refrigerated facilities, especially a smaller firm like ours. I was lucky enough to get permission from a nearby colleague to use their refrigerated facility overnight while I made the rest of the necessary arrangements.
I called in one of my gentlemen to transfer the deceased from the facility where the death had occurred to my colleagues facility in a nearby community. Then I turned my attention to how to transport the deceased.

I contacted the donor facility again to secure their instructions on where to transport the deceased and exactly how to prepare the deceased. The best mode of transportation was by airline, so I contacted a company that specializes in making airline reservations for deceased human bodies.

I know what you are thinking, and no they don’t buy a seat on an airplane for the deceased. The deceased are usually transported in a specially designed case that is carried in the cargo compartment on most larger airline jets. They are treated with care by the airlines, not like baggage.  The company had the flight arrangements made within an hour according to the times and specifications we needed which were a direct flight that would depart later in the evening and arrive during the next morning’s regular business hours of the receiving cargo facilities.

Next I turned my attention to how to prepare the deceased. This was extremely new to me and most of the colleagues I had contacted.  In this instance we were instructed to place the deceased in a heavy duty shroud, or pouch that zips closed and that was to be placed in a specially designed transfer case built for airline transfers. To keep the body of the deceased cool during the transfer we were instructed to use freezer packs similar to those used in a cooler to keep food cool during a picnic. So my next task was to find a supply of such packs. After a few more ticks of the clock we had enough of them cooling in the freezer.

Now my attention could focus on the family and their needs. We contacted family members later that morning to secure the necessary information to complete the death certificate, social security number place of birth, nationality of descent, and numerous other pieces of data.  It took most of the rest of the day to secure all the information, with family having to look up information and call me back.  Conference calls through our phone helped some of them talk together from different parts of the country, but even then it took several calls.   Then we had to locate places for them to secure a notary to witness their signatures on forms that we emailed to most of them and faxed to the family members who had no computer access (Yes there are some who don’t have computer access)  Throughout the day I thought of how much easier it would have been if all of these required pieces of data had been recorded for anyone on our Plan Ahead pages section of our web site.  You may find it helpful to look through these pages and learn how to help your family at a time when they need help most.

Finally on the way

Finally we were able to make the transfer to the airport in the special container packed in with dozens of the plastic freezer packs.  The airline was hesitant to accept the tenderly packaged person because of the lack of embalming and the use of freezer packs.  Even with the documents and information I had secured from our transfer agent and the airline’s own website it took an unusual number of calls by the shipping clerk and various others in the airline office.

Finally the clerk gave me the go ahead for the transfer, and then informed me that they didn’t have time to get the person on the flight we had reserved.  Huh? I had been there for two hours and the plane didn’t leave for another hour!  But they could schedule our shipment for the next flight, in five hours!  The delay would place us at near the deadline that the donation company had established, but the company said to go ahead with the schedule.   We turned over our precious cargo to the airline and headed home after a long and trying day.

The lessons learned were valuable for future families we may serve.